From Matthew Archbold at Creative Minority Report comes this week long report on a little baby and her mother that should touch your hearts about life.


Jessica Chominski fights for the lives of others. Little lives. The ones many don’t think are worth fighting for. She is the sole full time employee of the Bucks County Community Women’s Center, a crisis pregnancy center in Pennsylvania.

About once a week a woman calls or walks into the center asking about abortion and Jessica asks them why they feel the need to abort their child, she tells them about other options, explains what abortion is, and tells them about the dignity of every human life. “Hopefully they leave thinking twice,” she says.

It’s nerve-wracking work. At 24 years old, Jessica works daily under the weight that lives depend on her. Every phone call. Every conversation. And she knows that she can’t control what a woman does when she walks out of the center so she just does all she can. And when there's no more she can do she prays. But to her it’s all worth it because in the end Jessica knows, “there are babies crawling around right now because of the work we do. And that is miraculous.”

Last June Jessica's phone rang. It was the call that would change her life. Jessica had no idea how her struggle for one baby would change her forever. And in the end, that one little baby may change many more lives than hers. All Jessica knew was that every time the phone rang a life might depend on her. She simply answered the call.

“Do you guys help out with abortion?” a woman nervously asked.

Jessica informed the woman that they didn’t perform abortions at the center. She offered to discuss options. “We can provide information,” she said. “Would you like to come by?”

Sometimes Jessica fills the silence. Sometimes she just gives space. Jessica waited for a response. She heard breathing. But she knew that as long as the woman stayed on the phone there was hope. She knew what a sudden dial tone would likely mean. She listened to the breathing on the other end of the line until she heard a barely breathed “OK.”

When meeting with a pregnant woman Jessica says the first thing she tries to understand is why the woman feels an abortion is her only option. When Rebecca (not her real name) came in she explained she was already a mother of three and her boyfriend, the father of her unborn child, was adamant she have an abortion.

Jessica told Rebecca about fetal development. She talked about adoption. She told her there were other options. But Jessica couldn't tell if she was getting through. And when Rebecca left that day, Jessica’s hopes were not high. “I know she was a little unsure," she said.

And then she didn’t hear from Rebecca for weeks. Standard policy for the center is they follow up with two phone calls but Rebecca didn’t answer or return the calls. Jessica thought she’d never hear from Rebecca again.

But weeks later, a cousin of Rebecca’s, a former client of the center who’d considered abortion but eventually chose life, brought Rebecca back to the center because she was trying to talk her out of aborting her child.

Rebecca and Jessica spoke for hours. Rebecca told her about her boyfriend’s abuse and her estranged relationship with her religious mother. And how she felt she had nowhere to turn. And that started a period of two months where Rebecca vacillated back and forth on whether to abort. At one point, Rebecca actually scheduled an abortion for the following Friday at a local abortion clinic in nearby Warminster. That week, Jessica was on pins and needles.

The two women spoke often. Jessica could just be there for her, a voice urging life. Volunteers at the clinic babysat her children while they spoke. Jessica said, "When she had scheduled the appointment...I initiated my prayer-chain of family and friends. I emailed about 40 people at first, but the story ended up spreading literally across the country. These people were amazing- they did novenas, they fasted, they prayed, a bunch of priest friends offered Masses, I contacted a few deeply prayerful orders of religious sisters and we stormed the Heavens for 4 days. Local parishioners offered to be at the clinic. The prayer support was astronomical. That is why she didn't have the abortion on Friday."

Just to make sure though Jessica gaves Rebecca and her cousin grocery cards to keep her away from the clinic all day while she babysat both their kids. But she insists it was the prayers are what did it.

Rebecca didn’t keep the appointment at the Planned Parenthood clinic that Friday. And finally Rebecca told Jessica that she chose to keep the baby. “We all breathed a sigh of relief,” she said. “It had been such a long process but she made a decision for life.”

But the relief would be short lived. When Rebecca's boyfriend learned of her decision he repeatedly and savagely kicked her in the stomach. While examining her, hospital doctors said they saw something alarming in the baby. There was no amniotic fluid which would likely cause the baby's lungs to not develop properly.

Jessica and Rebecca decided to have the baby checked out together at St. Mary’s Medical Center, a Catholic hospital in Langhorne, Pennsylvania. Jessica was worried about the baby but she was also worried about how Rebecca would take any news. Would she consider aborting the baby again, she wondered.

Jessica explained that often when a woman makes a decision for life, it's not a one-time decision. It's a decision made dozens of time. Maybe more. Any difficulty can make the woman make and remake her decision. Jessica simply tries to be there to guide.

The appointment they headed to that day would surely be a difficult one. “But I was excited she was going to a Catholic hospital,” said Jessica. “I thought this will be difficult but at least they’ll have compassion for life of the baby.” 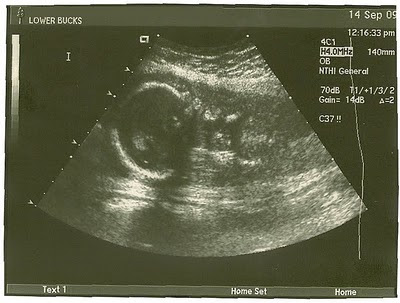 Rebecca, at 18 weeks pregnant, had an ultrasound done. The two women held hands while waiting together. Unfortunately, after the ultrasound, Doctor Stephen Smith had some terrible news. The baby was sick. Very sick. The baby was also diagnosed with polycystic kidneys –a fatal disease that assured the baby likely wouldn’t make it to term and would most assuredly die shortly after birth from its underdeveloped lungs.

And then it happened.

While the women wept together the doctor coolly added that he could schedule a “termination” because there was no reason Rebecca should go through a pregnancy and deliver a child since it would die almost immediately after.

Jessica couldn’t believe what she was hearing.

“The worst part is he just told her that her baby was going to die and we’re both crying. And the next thing out of his mouth was termination. I know I kind of gave him a look and I said ‘We are in a Catholic hospital.’ I probably looked pretty angry,” said Jessica. “And he just said ‘I know but she can come over to my office in Abington.’”

Abortion was back on the table...

Note: This is the first part in a week-long series telling this incredible and gut-wrenching true story about life, death, abortion, and betrayal. We ask all of our readers and blogging friends to help us in any way they can to share this story. Please stay with us this entire week.

Posted by Michael Brandon at 10:26 AM