Choice is About Choice as Long as you are Pro-Choice

The Unraveling of the Angry Mob

Slowly, the pro-choice rhetoric and bubble is being burst, largely by the pro-choicers implosions on the physical side.  That's the short answer.  All those Rosaries prayed at abortion mills by the faithful Christians, and all those supplications offered in churches around the world, and the mercy of a God who loves us all are the long answer.  God is patient.

Here at Mercator net is an article worth your reading attention.

Super Bowl battle:  abortion, a pro, and a choice

Controversy over an ad for the big event makes you wonder what some folks mean by 'choice'. 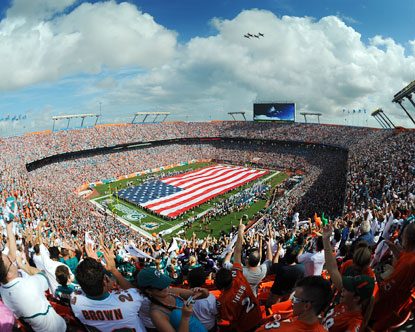 There is always a frenzy leading up to the Super Bowl. It stopped being more than a football game after about the first year in 1967. Over the years, it turned into a month long drama of multiple playoff series, building suspense, to determine which two teams emerged with the coveted spots in America’s most celebrated sports extravaganza of the winter (if not year), the national party known as the Super Bowl.
And speaking of coveted spots, the clash of the sport’s titans has led to the clash of the advertising giants and geniuses, and whole television features air in advance to give fans a peek at which creative ads they’ll enjoy during the three hour hullabaloo, leading some viewers to prefer running to the fridge or the loo before the commercial breaks so they don’t miss a single one. Inter-active contests ask fans to vote for the best spots oftentimes, and no doubt this year it will be live-time with texting options.
It’s the buildup to the Big Day and even Americans who don’t particularly follow football plan their Super Bowl parties and day and even weekend around The Big Event, because it’s about the National Anthem and the goosebumps when the U.S. Air National Guard F-15s fly over the stadium, as even the Defense Department declares with enthusiasm on its website,  calling it “a dramatic show of support for the big game. “Are you ready to rock?” NFL.com asks, rhetorically.
Cue the sound of a needle screeching across the record to halt the mood, and freeze frame the picture of American families and friends gathered around their big screens.
This Super Bowl has been hijacked. By controversy.
Anybody paying attention even marginally to news shows these past two weeks saw more than President Obama and the Congress locked in their own contests. The story of the now infamous Tim Tebow ad has been everywhere, morning to nightly news, and on sports talk radio, among other places. But a quick recap may help…
Over a week before Super Bowl Sunday, University of Florida football superstar Tim Tebow confirmed that he will appear in a commercial with the theme “Celebrate family, celebrate life,” along with his mother Pam, to share their family’s inspiring story. The CBS Super Bowl commercial, sponsored by the evangelical Christian group ‘Focus on the Family, will somehow discuss her decision 23 years ago to continue with her pregnancy despite complications. Doing missionary work in the Philippines at the time, Pam contracted amoebic dysentery, and the treatment required strong medications that doctors warned could cause irreversible damage to Tim, the child she was carrying.
Mrs Tebow chose to continue the pregnancy, citing her Christian faith as reason for hope that her son would be born healthy. She spent the last two months of her pregnancy in bed and eventually gave birth to healthy ‘Timmy’ in August 1987, the star quarterback who would go on to win the 2007 Heisman Trophy Award, headed for a career in NFL pro-football. Now Tebow wants to celebrate his life with his family in this opportunity to give thanks for both before a major audience. Which is precisely what big-name athletes do, using their ‘celebrity’ responsibly to influence people with a positive message. Tebow’s message is that his mother had a choice, and he’s grateful for the one she made.
That’s the controversy, because it was the wrong one for the pro-abortion activists who have agitated for “reproductive freedom” and unfettered access to abortion under the mantle of being the ‘pro-choice’ movement for close to four decades. Until now, the closest we have come to seeing, as a culture, that the "choice" movement is not truly about giving women one, is the long record of court clashes they have launched every time a state introduces an ‘informed consent’ law requiring more complete information be given to women considering abortion. They fight, every time, against women being given a truly informed choice.
But this episode exposes most clearly the truly pro-abortion agenda behind the movement. The Women’s Media Center president, Jehmu Greene, blasted the spot as part of “an un-American agenda,” and she joined forces with the National Organisation of Women and the abortion group NARAL, “organizations dedicated to reproductive rights, tolerance, and social justice.” Please. Enough rhetoric.
Even the New York Times, usually a bastion of liberal advocacy and certainly a forum more ready to advance abortion rights than even the correct language describing the pro-life movement, is calling the abortion movement out on this for trying to censor a view of choice other than theirs.
“Their protest is puzzling and dismaying,” say the Times editors. And they call the WMC, NOW and NARAL claim that “the commercial ‘uses one family’s story to dictate morality to the American public, and encourages young women to disregard medical advice, putting their lives at risk’ — a lame attempt to portray the ad as life-threatening. Others argue that even a mild discussion of such a divisive issue has no place in the marketing extravaganza known as the Super Bowl.
“The would-be censors are on the wrong track. Instead of trying to silence an opponent, advocates for allowing women to make their own decisions about whether to have a child should be using the Super Bowl spotlight to convey what their movement is all about: protecting the right of women like Pam Tebow to make their private reproductive choices.”
Let the viewers watch and judge for themselves, says the Times’. “Or they can get up from the couch and get a sandwich.” Or guacamole and chips.
It’s really about choice.

Sheila Liaugminas is an Emmy Award winning journalist. She blogs at MercatorNet and Inforum blog.

Posted by Michael Brandon at 9:46 AM

Obama's desire to repeal "Don't ask, don't tell" can actually help to fulfill the "days of Lot" (Luke 17, cf. Gen. 19), the fulfillment of which will hurry up the return of the Heavenly Commander-in-Chief who will make all things straight (pun intended)! Interesting Google articles include "Obama Supports Public Depravity," "Separation of Raunch and State" and "David Letterman's Hate Etc."
For some dessert visit Yahoo and type in "Obama Avoids Bible Verses."
PS - You're invited to use these new pro-life slogans: "Unborn babies should have the right to keep and bear arms - and legs and ears and eyes etc.!" and "Unborn babies should have the same right to be born alive that abortionists had!"